What Exactly Are Meme Coins?

What Exactly Are Meme Coins? 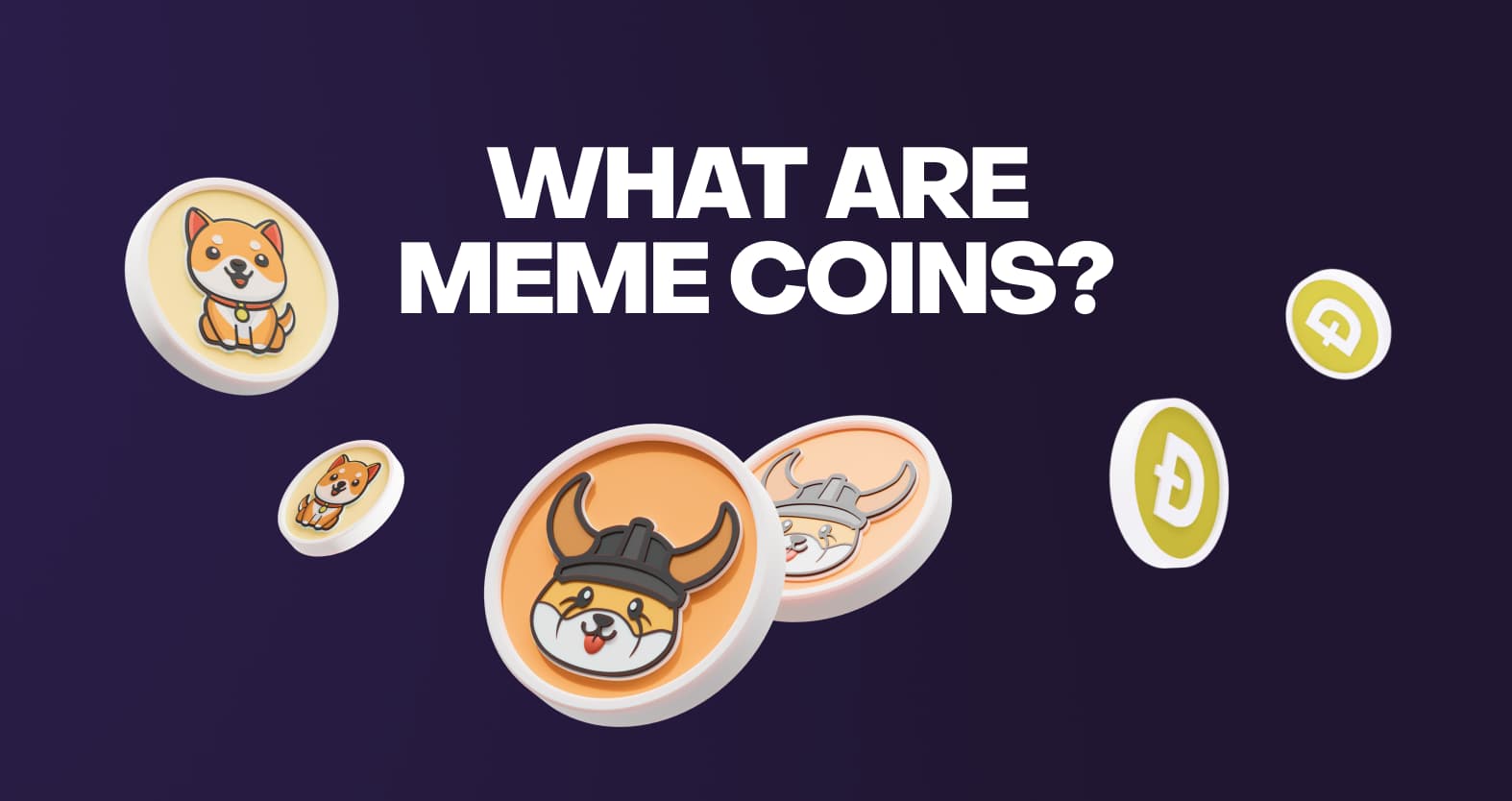 The world of cryptocurrencies is diverse, as it accommodates various coins and tokens with multiple use cases and applications. However, some crypto assets gain popularity and value based on internet sensations, ideas, or jokes, even though they have little or no inherent utility.

These types of crypto assets are 'meme coins.' Meme coins like Dogecoin and Shiba Inu both saw increased chatter on social media and have experienced spikes in price and acceptance.

What Are Meme Coins?

Meme coins are cryptocurrencies originating from internet memes, or funny ideas captured in images, videos, or other media forms. In many cases, meme coins go viral and typically form a community of die-hard enthusiasts. Demand also rises depending on how quickly the community grows. The coin can gain sufficient value and be featured on major crypto exchanges for regular trading.

Several characteristics serve as key indicators of meme coins in the crypto market. Some of them include:

How Do Meme Coins Work?

Like any other crypto asset, meme coins are powered by blockchain technology. Many of these projects launch and distribute their tokens on existing blockchains like Ethereum and BNB Chain.

Most meme coins have no clear utility within the blockchain sector. For example, these coins are not designed for use in decentralized autonomous organizations (DAOs) or Proof of Stake networks as staking tokens. Interested traders scan the market for meme coins with potential, look for opportunities to buy them at their low prices, and sell them when the prices rise rather than hold them for the long term.

The Most Popular Meme Coins

Some popular meme coins based on market cap include:

Created in 2013, Dogecoin (DOGE) drew inspiration from a Shiba Inu dog meme initially intended as a joke to attract attention across the blockchain space and social media networks. DOGE uses its own Proof of Work blockchain and has no maximum supply.

Shiba Inu is a token developed as an alternative to Dogecoin on the Ethereum blockchain. Created as an ERC-20 token in 2020 and dubbed the Dogecoin killer, SHIB now has an ecosystem that supports other projects, such as an NFT art incubator and the ShibaDEX crypto exchange.

MonaCoin, or MONA, is a crypto asset predominantly used in Japan. The MONA team designed it as a payment network for peer-to-peer transactions that do not need exchanges or other third parties. Dubbed the national cryptocurrency of Japan, MonaCoin does not offer a lot of utility beyond storage and transfer of value.

Samoyedcoin (SAMO) is a meme coin project built on the Solana blockchain. According to its whitepaper, SAMO aims to accelerate the Solana ecosystem's adoption, development, and growth. Samoyedcoin's roadmap promises to launch SAMO DAO and create NFT collections.

Kishu Inu is a dog-themed meme coin that has grown significantly since it launched in 2021. The project is decentralized and supported by a community that aims to boost the token through unique features, such as its decentralized exchange, Kishu Swap, and several incentive-generating platforms like Kishu Crate and Kishu Paw Print.

Dogelon Mars (ELON) is another dog-meme token inspired by Dogecoin and seeing significant growth. As the name suggests, the ELON token is named after Tesla's CEO, Elon Musk. ELON is a fork of Dogecoin and has a max supply of a quadrillion tokens.

The above assets and other popular meme coins are available for trading across several crypto exchanges like AtomicDEX. Anyone can set up an AtomicDEX wallet to explore the meme coins and other assets on the exchange.

Although meme coins have experienced considerable growth, there are major risks associated with purchasing and trading these assets. The most obvious risk is a rapid drop in token prices.

Another risk with meme coins is their confusing or vague tokenomics. Major cryptocurrencies like Bitcoin and ETH have well-written whitepapers that adequately depict their deflationary nature, among other features. On the other hand, most meme coins are inflationary and have an unlimited supply. Also, their ecosystems and other fundamentals are usually undefined or difficult to understand (if not impossible).

Meme coins are a lot more speculative than major cryptocurrencies like BTC. Their high volatility often leads to unpredictable "pump and dump" schemes, with many dying out shortly after they take off. Prices of meme coins can rapidly spike due to FOMO or influencer promotion, and can also suddenly drop when the community decides to move on to the next 'hot' meme coin.

Meme coins are an excellent way for traders who may be skeptical about popular crypto assets like Bitcoin, to get involved in the crypto space without spending a lot of money upfront. It is undeniable that there is an appeal to owning millions (if not billions or trillions) of tokens for only a few dollars. However, they pose certain risks that everyone looking to purchase should carefully consider.