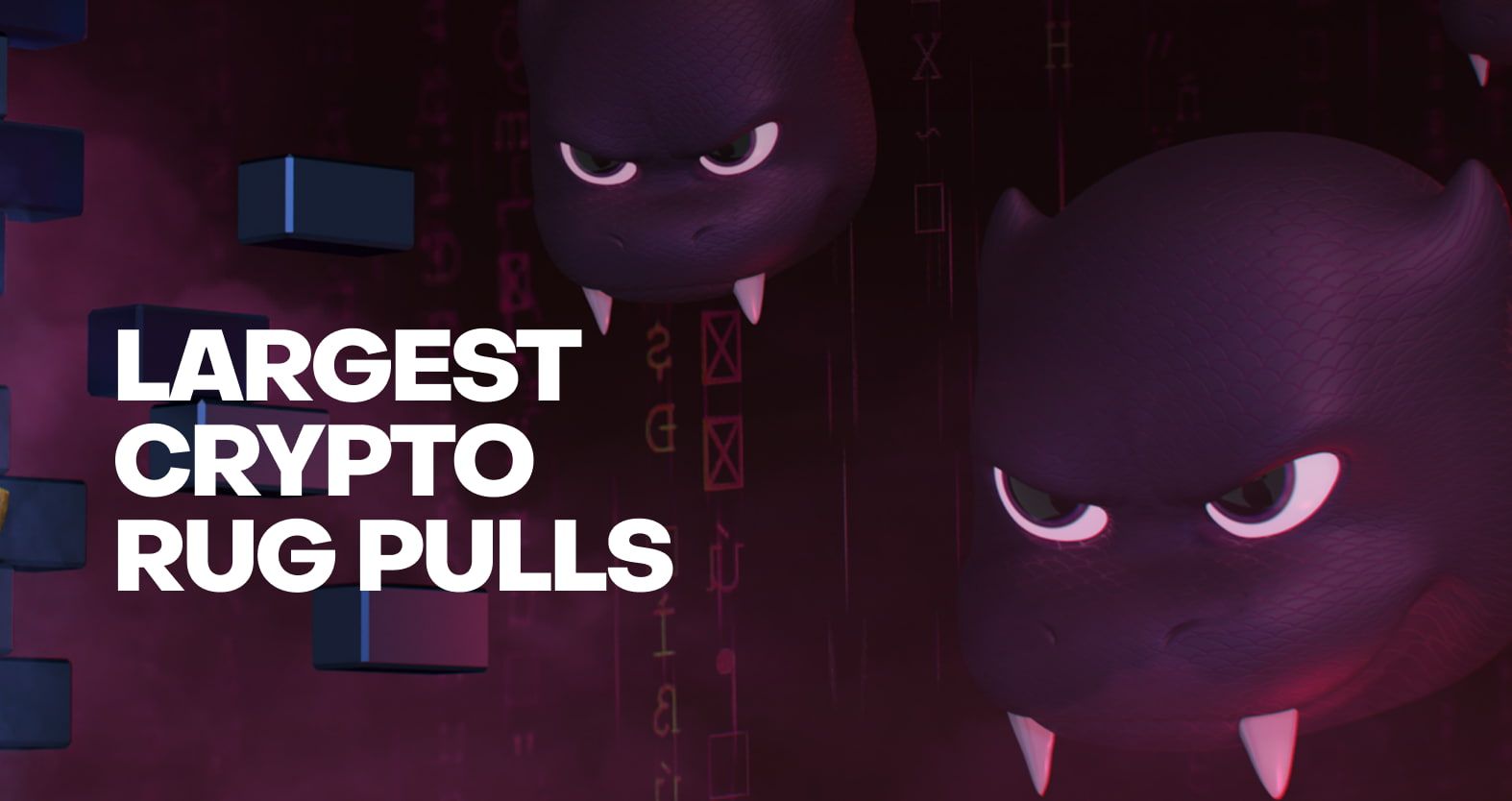 Crypto assets and DeFi services are some of the most revolutionary financial innovations in recent history. DeFi services enable access to financial products and tools without the restrictions of centralized financial institutions like banks.

While the growth of decentralized finance promotes financial access, the industry also inadvertently leaves room for theft and other malicious activities. One of the most popular scams in the DeFi space is the 'rug pull'.

What is a Rug Pull?

A rug pull is a type of scam that involves blockchain developers abandoning a seemingly genuine project after stealing investors' funds, pulling the rug out from under their feet. These schemes usually involve low-effort projects developed by a few anonymous people to steal from unsuspecting investors.

Rug pulls are common in the crypto space due to loose regulations and widespread anonymity. Unlike traditional finance projects with strict centralized rules and control, the decentralized nature of the crypto sector gives complete control to individuals and private entities. This leaves the crypto space riddled with scammers, hackers, ransomware issuers, and fraudsters.

Typically, rug pulls begin like any other genuine blockchain project. After launch, they may perform well and even record a massive rise in value. This attracts crypto community members to commit funds to the project, only for it to significantly drop or outright vanish after the rug pull operation begins.

The three most common types of rug pull are

Some of the well-known rug pulls in crypto history include the following:

OneCoin was a well-known crypto Ponzi scheme with no blockchain model or payment system. The project's creators raised more than $4 billion from unsuspecting investors, and vanished with all of their money. Some of the core project leads later got arrested, while others, like founder Ruja Ignatova, disappeared even though the project continued. However, the project's token became worthless as no one could trade or use it to buy anything. In June 2022, the FBI added Ignatova to its Top Ten Most Wanted Fugitives list.

Turkey opened an investigation into Fatih Faruk Ozer, the founder of the cryptocurrency platform Thodex, on suspicion of fraud and organized crime. Subsequently, the platform announced on its official website that it had suspended operations due to a "partnership offer" and assured its users that operations would resume in five working days. Unfortunately, the platform never resumed its services. Thodex's trading volume was in the billions of dollars before it went offline.

The Squid token was a play-to-earn token inspired by Netflix's hit TV show Squid Game. The token's value rose significantly shortly after its launch, with its price rising by over 33,600%, from a cent to $3.36. The token ultimately hit $2,681 before it suddenly vanished. Developers took the token offline, while the promoters became unreachable. By this time, thousands of investors had put their money in the token. The coin is currently worth $0.007612, according to CoinMarketCap data.

Anubis DAO claimed to be a blockchain-based reserve currency backed by bond sales and liquidity provider trading fees. Despite not having an official website, the creators had a discord server and an active Twitter account. The project's initial token sale raised $60 million worth of ETH from investors in 24 hours, in return for its native ANKH token. However, the entire investment pool was drained shortly after launch, with funds sent to a different address.

Luna Yield was a liquidity farming project on the Solana platform. The project had grown steadily, recording over $2 billion in total value locked (TVL) before it disappeared. The project's creators suddenly deleted all their social media accounts and website and withdrew about $10 million in liquidity. After further investigation, the Luna Yield community discovered that the creator's address had approved the transactions that led to the rug pull.

This stands out as one of the most audacious rug pull incidents in crypto. DeFi100 was a synthetic index fund protocol developed on the Binance Smart Chain (BSC). It claimed to reflect the capitalization of the entire DeFi market and also served as a speculative asset by traders. On the 22nd of May, 2021, the project's website displayed the following message, "we scammed you guys, and you can't do sh*t about it." According to Yahoo Finance, the developers vanished with Defi100 investors' funds worth $32 million.

This rug pull involved Sacramento Kings star guard De'Aaron Fox, who launched the project. The Swipathefox Project was an NFT project with 6,000 unique fox-like characters minted on the Ethereum blockchain and sold on OpenSea. The NFTs generated a lot of excitement, as they came with exclusive offers and giveaways. Unfortunately, the project was abandoned, with its website shut down and social media accounts deactivated. This happened after the project made about $1.5 million in NFT sales.

After the incident, the player tendered an apology many considered half-hearted, saying his busy NBA schedule was the reason behind the failed project. Only NFT holders above a specific investment tier got compensated.

The Iron Finance case was more of a dump than a hard rug pull. Whales with large positions in their liquidity pools began swapping large amounts of their rewards, quickly affecting the price of TITAN, the platform's native asset. Subsequently, other investors also started selling off their tokens, causing TITAN to crash to zero. It is worth noting that Iron Finance is still functional but no longer uses the TITAN token.

Apart from activities like rug pulls, several platforms in the crypto space were unsuccessful for different reasons, some malicious and some not. These include bankruptcy, a poor user base, and poor management. The following are a few examples:

TL;DR — Always Be Cautious in Crypto

The DeFi space has a growing list of rug pulls, which, unfortunately, presents only a glimpse into the possibilities of crypto scams and frauds. Investors must protect themselves from falling for rug pulls and other crypto scams by taking the time needed to master signs that help detect and avoid them.

Every investor must scrutinize all projects by looking up details about developers, token holders, liquidity, listings on crypto exchanges, and social media reviews. All members of the crypto community must do proper market research and project analysis to avoid falling prey to these unfortunate events.

HODL and Trade on AtomicDEX

Doing your own research is important. Although there are numerous scams in the crypto space, there are even more great projects that are solving real-world problems and bringing new opportunities to the world of Web3.

With AtomicDEX, you can trade hundreds of different coins and tokens with absolute autonomy and no need for third-party involvement. Not only that, but it also offers advanced features like Atomic Swaps, instant exchange services, and low trading fees.

As an added bonus, you can even access all your digital assets on your desktop or mobile devices by downloading the free apps.
Try AtomicDEX Web today to experience the full power of decentralized trading! 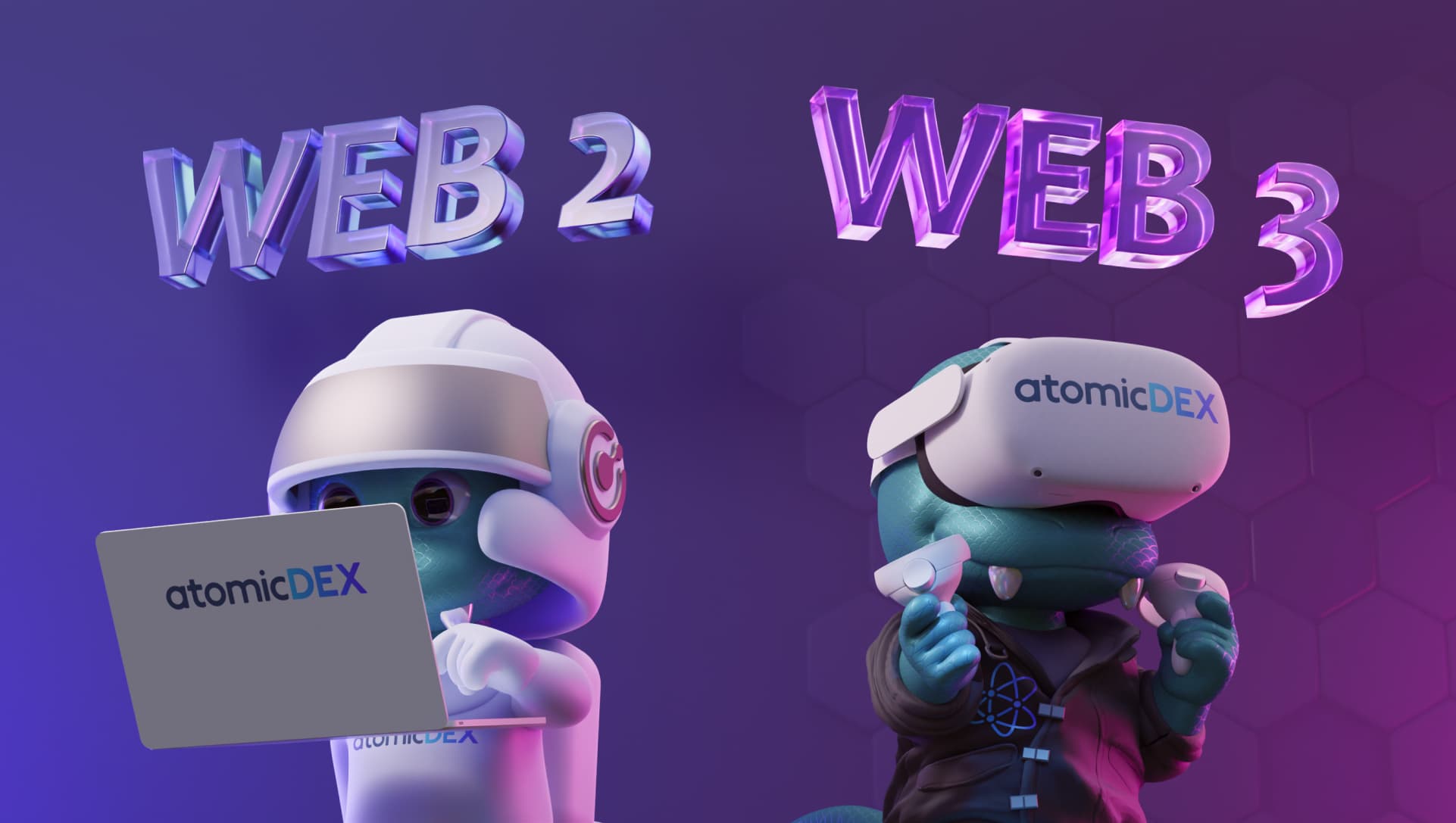 As the internet evolves, the Web 2.0 era is shifting toward the Web 3.0 era. Learn more about how the world wide web is changing in this blog post. 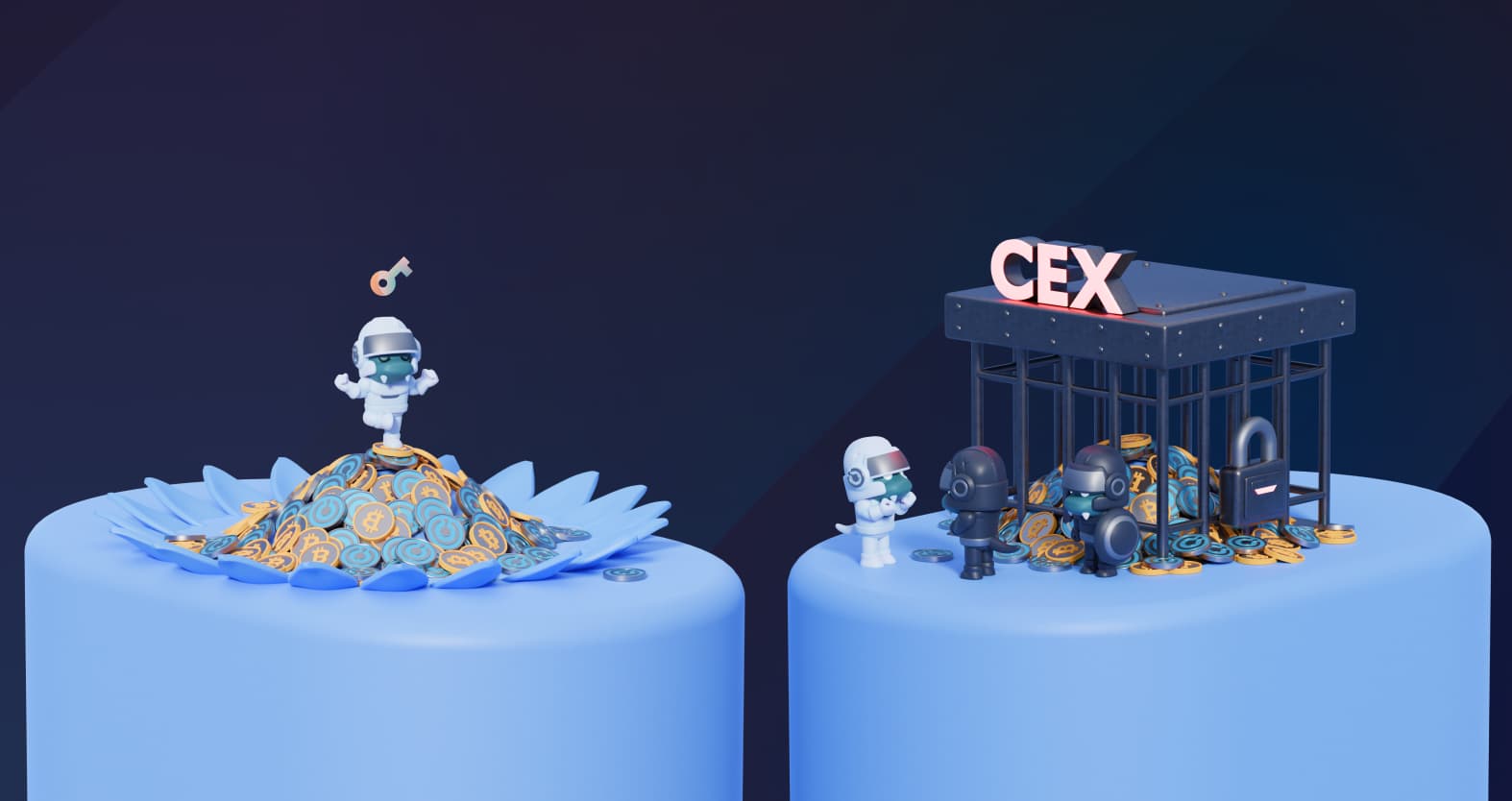 Before getting serious about crypto trading, get to know the general pros and cons of using centralized vs decentralized exchange platforms. 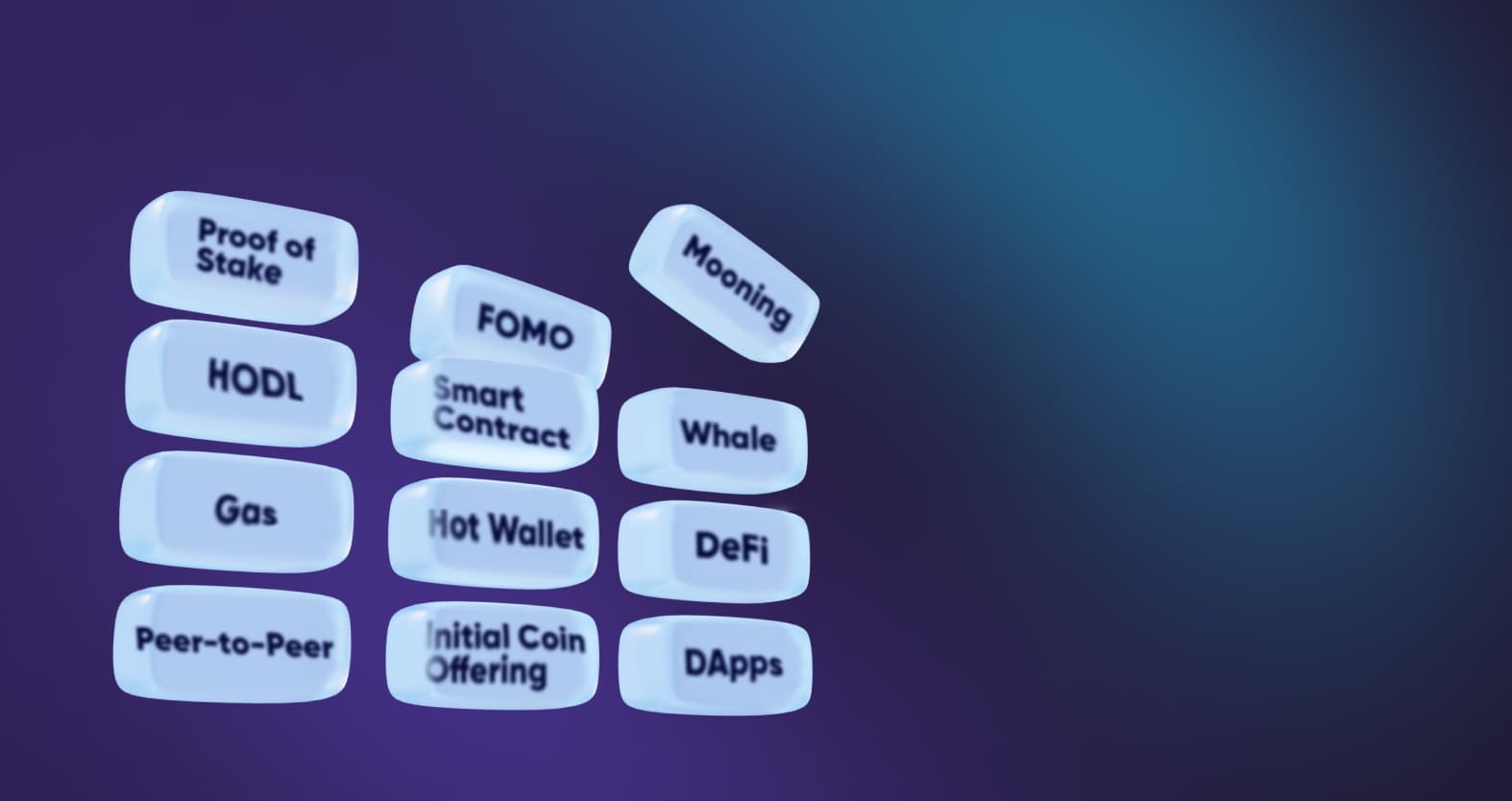 This blog post defines the top terms you should know as a crypto user. Read on to find out what HODL, FUD, FOMO, and other popular terms mean.